The Viaduct is a Luxury High Rise Apartment Tower located on the West Bank of the Flats in Downtown Cleveland Ohio. The asset will consist of approximately 173 Luxury Apartments, Street Level-High End, Center of Community, Coffee shop, and a Private Five Star Rooftop Amenities deck that will rival any Luxury Resort in the country. The asset aims to capture and preserve the rich history of The Flats of Cleveland Ohio dating all the way back to John D. Rockefeller through the Industrial Revolution, and the Automobile and Steel Boom that put the United States at the top of the world as an economic powerhouse. With un-paralleled 360 views of Lake Erie and the Downtown Cleveland Area, The Viaduct will be the area’s most sought after and highly desirable address in Downtown Cleveland Ohio and the upper mid west of the United States. 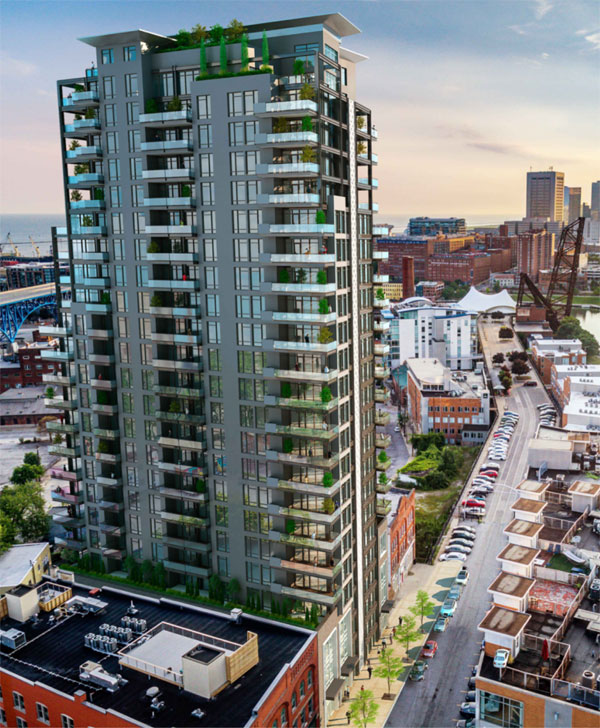 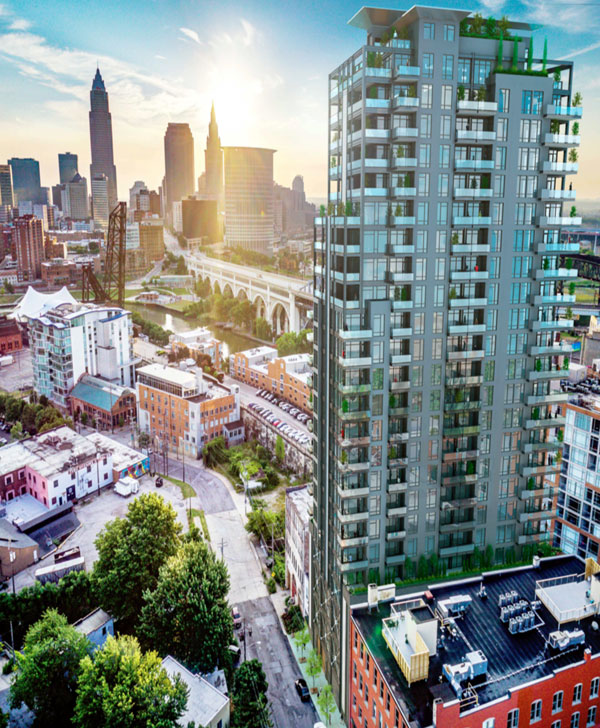 Want to know more about this asset?

Mr. Jatsek has been involved in real estate investment and development for over 30 years. Mr. Jatsek worked as a laborer and carpenter during his high school and college days gaining invaluable hands on field experience which laid the groundwork for the next 27 years in the real estate industry. After obtaining a degree in Business and Operations Management from The Ohio State University, he moved to California where he worked with large commercial contractors before starting his own general contracting and development company which included, general contracting of complex projects and ground up development in the San Francisco Bay Area. With substantial involvement on over 155 million worth of real estate assets, Mr. Jatsek brings extensive experience in real estate investment and development involving highrise, commercial and residential construction projects. He has developed and exited over $35 million worth of assets of his own real estate development projects. Mr. Jatsek holds a BS in Business Administration and Operations Management from The Ohio State University, is a licensed general contractor and a licensed real estate professional.

Mr. Alexander served 22 years as a Senior Vice President of a wholesale banking institution with over $180 billion in assets. During his banking career Mr. Alexander was responsible for representing the Bank before Congress, The White House, Treasury and banking regulators. Prior to that, Mr. Alexander spent 12 years as an investment banker and financial advisor for professional sports teams, states and local governments. Mr. Alexander specialized in the financing of stadiums, sports facilities and large transportation infrastructure. In that capacity he structured and managed the issuance of over $10 billion in debt securities. He served as lead financial advisor or lead banker on 13 stadium and arena projects including the, Tennessee Titans stadium, Oakland Coliseum (arena and stadium), Camden Yards (baseball and football), the New Boston Garden, and the Phoenix Suns arena. He also served as lead financial advisor to the Bay Area Rapid Transit District (BART) on their SFO extension project as well as other general infrastructure and housing projects. Prior to his work in banking Mr. Alexander was a judicial clerk to the Honorable Linda Taliaferro, Chairman of the Pennsylvania Public Utilities Commission and served on the economic development policy staff of the Honorable Rudy Perpich, Governor of the State of Minnesota.